I was first introduced to the enigmatic Frank Ocean back in 2011 via a local Bay Area rapper with whom I developed a friendship through our mutual love for hip-hop and r&b music. Not only would he play me music he was creating to get my feedback, but we also discussed what’s hot, who’s next, and where the industry was headed. This friend of mine spent his summers in LA and every time we reconnected he would bring back with him a stack of new music for me to check out and get my take on.

One of the acts he repeatedly told me to check out was the underground hip-hop “supergroup” Odd Future. At the time, Odd Future wasn’t really my vibe. I was more into the hustler tales of Jeezy and the heartbreak of Drake’s memoirs than some skate rap syndicate from SoCal. But, one day as we were vibing in the car, I over here Novacane playing in the background and was instantly hooked. When I asked him who it was, he snapped his head and replied in an almost irritated manner as if I should know the answer already, “Frank Ocean from Odd Future.” Slightly embarrassed, I replied with a simple “Oh, ok nice,” then leaned the seat back and became fully engulfed in Ocean’s wave.
From the vulnerability in Frank’s voice as he broke down this particular encounter with a young lady to the breeziness of the hook, it just made me feel like a fly on the wall. I was right there with him witnessing the entire scene and I replayed that “scene” all summer long.
Fast forward to July 10, 2012, Frankie as I like to call him since I feel we share an intimate friendship via his music, releases his debut album Channel Orange followed immediately by a brave and telling coming out letter uploaded to Tumblr reflecting on his life and coming to terms with his sexuality. In many ways, this letter provided a guide to understanding the complexity of Frank Ocean’s life, from his upbringing to his teenage years and then trying to find his place in the world as a young man in his 20s, and how much it influenced his music.

Channel Orange is reminiscent of Stevie Wonder’s Innervision and Sade’s Love Deluxe blended effortlessly with elements of 90s r&b Blackstreet and Jodeci. After one listen you realize Frank’s major label debut is an instant classic and he has proven himself to be a masterful storyteller, arguably the best of his generation.
Frank showcases his versatility throughout the album. “Sierra Leone” and “Pink Matter” display a confident and seductive side whereas tracks like “Super Rich Kids” and “Pilot Jones” allow him to be both playful and secretive, letting the listener experience different aspects of his personality. And, as the symphonic chords build up on the opening track “Thinkin Bout You” set the tone for the entire album, it’s almost like you walk directly into the beautiful disaster that is Frank Ocean’s life, as evident in the lyrics, “A tornado flew around my room before you came. Excuse the mess it made.”
“I was right there with him witnessing the entire scene and I replayed that “scene” all summer long.”
Perfectly placed features from fellow Odd Future member Earl Sweatshirt on the aforementioned Super Rich Kids and a rare verse from the infrequent half of Outkast Andre 3000 are welcomed companions on Frank’s journey. The last chapter of the project pulls off the scab of what Frank is still trying to come to grips with, the lost love of his life. Even though this lover has faded away years ago in the physical, he is still quite present in the mind. As Frank cries “this unrequited love to me is nothing but a one-man cult, Cyanide in my styrofoam cup, I can never make him love me” you can just feel the pain on Bad Religion but Frank hasn’t given up hope just yet as he reminisces about the good times and daydreams of future moments with the lover that he watched runaway on the concluding track, “Forrest Gump.”
At his core, Frank Ocean is a hopeless romantic. His music is poetry in motion. What Frank was able to orchestrate was a love story with him as not only the director but the star as well. Frank heroically wore his heart on his sleeve for the world to see and pick apart. The bravery it takes to be a Black male in hip-hop and r&b telling a brutally honest tale about his love for a person of the same sex is still taboo in the music industry today, especially when it comes to the bravado of hip-hop culture. Frank’s opus is not only an act of defiance but a declaration of freedom that could have easily destroyed his career before it had a chance to flourish.
No other body of work in recent times has opened doors for artists to embrace their sexuality in the same way Channel Orange has. Artists like Kehlani, Taylor Bennett, Syd, and MNEK have all benefited from Frank Ocean’s willingness to be one of the first in the hip-hop space to openly talk about their sexual orientation and everything that comes with it. Since his debut, Frank has lent his talents to the upper echelon artists in the game. Beyonce, Jay-Z, and Kanye West among others have all benefited from his knack for expressing the feelings of despair and desire felt throughout his debut.

Channel Orange is an emotional ride. A ride that pushes us to embrace the heartache of love’s lost while also enjoying the liberty of daring to be true to ourselves and appreciating everything in our lives that makes us, us.
Frank is unafraid to share the deep wounds that touch at the heart of what it is to be human and questions a world that forces us to be everything but. And for that, Frankie, I just want to say thank you. 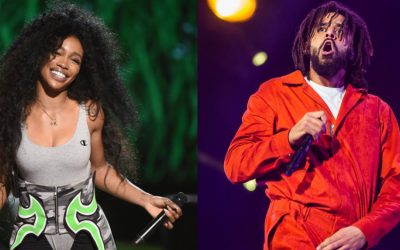 The very mention of Beyonce or Kanye dropping a new project leaves millions of musicheads gasping for air. Many of us can recall what we were doing the exact moment Jay-Z delivered The Blueprint. The magnitude of a great album may forever coincide with specific moments in our lives and this year promises to be a big one. 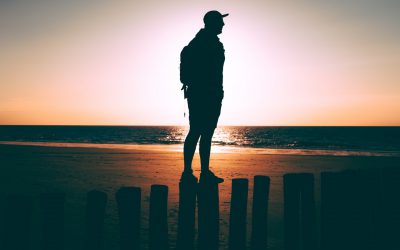 5 Steps To Going After Your Dream Life

When we’re feeling stuck, it is hard to dust ourselves off and get our lives back on track. Here are 5 steps I use when I need a reset.

From talk show hosts Ellen DeGeneres and Jimmy Fallon to Former President Barack Obama and your everyday hipster in the Bay Area, fashionable sneakers are in a league of their own.

We will never send spam. You'll get occasional emails from us and can unsubscribe any time.